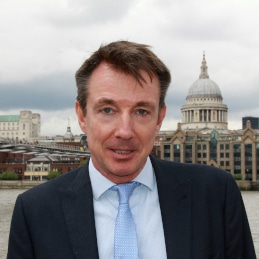 Mark Brolin is a British-Swedish political analyst, economist, commentator and author who has had the opportunity to work within both the public and private sectors. Well-known employers include the Swedish Foreign Ministry, OMX (Nasdaq) and Cantor Fitzgerald. He is a regular contributor to the public debate in both the UK (for example The Telegraph, The Times, CapX, City AM) and Sweden (for example Expressen, Expressen TV, Göteborgsposten).

He was employed by Cantor during the September 11 disaster (Cantor was the company most severely affected; 650 of his colleagues passed). This disaster proved a career turning point for him. Analytically he started to also focus on the threats to a vital society. He has found that groupthink, when marketed by any political camp calling the shots for a long time, will eventually turn more destabilising to society than even terrorist attacks. Since external enemies are easy to unite against while easy to spot. Political camps with institutionalised powers, on the other hand, will typically move into excess terrain unknowingly. Division will inevitably follow given that the orchestrators of the overreach will typically be the last to notice the big picture effect.

Mark has remained politically unattached while a strong believer in realism and political balance rather than in the individual superiority of any particular ideology. So in a genuinely independent capacity he has produced political and economic analysis, on three continents, on behalf of corporations, think tanks and research institutes. He is a regular speaker on topics such as democracy, populism, political trends as well as macroeconomic trends. Mark completed a master’s degree in Economics at the Stockholm School of Economics.