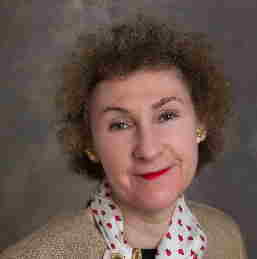 As well as being author of books such as British Women’s Comic Fiction, 1890-1990 and Facing the Late Victorians—and co-editor (with Bonnie B. C. Oh) of Legacies of the Comfort Women of WWII and of Michael Field and Their World (with Cheryl A. Wilson) —she has published over 120 essays and chapters in journals and edited collections on topics ranging from Victorian feminism, to the politics of animated films, to fashion and authorship, to wartime sexual violence.

She has been curator or co-curator (with Mark Samuels Lasner) of more than a dozen exhibitions on turn-of-the-century gender, art, literature, book history, and print culture, including “Everything Is Going on Brilliantly: Oscar Wilde and Philadelphia” at the Rosenbach of the Free Library of Philadelphia in Spring 2015 and “Richard Le Gallienne, Liverpool’s Wild(e) Poet” at Liverpool Central Library (UK) in 2016, with an upcoming exhibition on Max Beerbohm and celebrity caricature scheduled for 2021 in New York City.

She has also co-organized numerous symposia and conferences, such as the first international academic conference in the U.S. on Japanese WWII military sexual slavery (in 1996). In 2015, she was named by Diverse: Issues in Higher Education magazine to its list of the top 25 women in higher education.