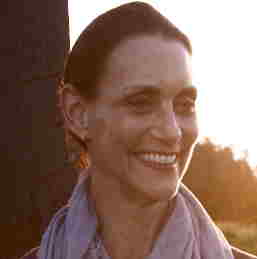 In her writing, Cathy Tempelsman is drawn to hidden figures and events from history. Her first play, A Most Dangerous Woman, was inspired by the little-known life of Mary Ann Evans, the real George Eliot, and had its world premiere at Shakespeare Theatre of New Jersey, directed by Richard Maltby, Jr.  The script was a finalist for the Terrence McNally New Play Award, given to an American script that celebrates “the transformative power of art,” as well as the Francesca Primus Playwriting Prize.  A new work, The Eleventh Hour, is based on a highly partisan investigation into the final day of combat during World War I.  Both plays were nominated for the Susan Smith Blackburn Prize.  Tempelsman received a commission from the New York State Commission for the Arts to develop As You Loathe It, a one-act written in rhymed couplets, into a full-length work.  Missing, published by Smith and Kraus (12th Annual Boston Theater Marathon Anthology), was produced at Boston Playwrights Theatre and New York’s Barrow Group, which presented her monologue A Blessing on Your Sole. Her work has also been seen in the U.S. at Barrington Stage Company, Luna Stage, New York Theater Festival, Red Bull Theater, Shakespeare Santa Cruz, and Stageworks/Hudson.

During the past few years, Tempelsman has been a guest artist at the Kennedy Center’s Playwriting Intensive; a contributor to the Sewanee Writers’ Conference; and a resident artist at the Djerassi Foundation.  She was a guest lecturer as well at the International George Eliot Conference (University of Warwickshire, UK).

Prior to writing plays, she worked for The Wall Street Journal and wrote a book, Child-Wise (William Morrow), then spent several years teaching English and writing free-lance. Her work has appeared in The New York Times, The Boston Globe, The Vineyard Gazette and Coastal Living. Tempelsman graduated from Vassar College and has both M.B.A. and M.A. degrees from Columbia University. She and her husband Leon have three children and live in New York City.