China’s Ukraine Dilemma: The Shaping of a New World Order 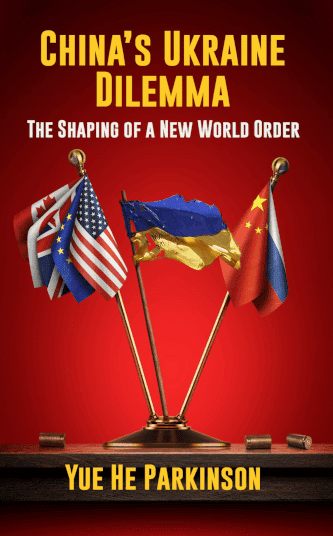 Yue Parkinson is uniquely placed to interpret China to the West and the West to China, and in this her second Bite-Sized Book she illuminates as no other writer can what the Chinese position is and how the West can work with China in the new world order.

China’s decision in the Ukraine war has confused the West.

It has been trying to show its neutral position, and hasn’t condemned Putin, saying in the Chinese State media that it’s a military action, rather than an invasion. By and large, China’s state media has followed the Russian description of the war. At the same time, China has been telling Biden and the EU they prefer a peaceful Europe. The West has been hoping China can be a peace negotiator, but so far, they have been disappointed. Biden warned President Xi in a video talk not to support Russians with arms. So far China has been carrying on doing business with Russia, ignoring the sanction call from the US.