Eden is Burning – What Next for the NHS? 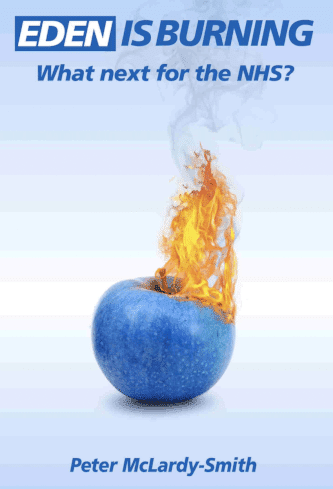 Eden is Burning – What Next for the NHS?

The NHS has survived on the goodwill of staff, but for 20 years that has been collapsing. Morale is dangerously low.

For many years it provided quality care economically, comparing well with other nations, but now management mistakes are endlessly repeated, strategists sell off simple procedures to poorly regulated private companies who profit from them and clinicians retire early.

This book considers the problems and failings of the various groups working in health care, which have now been exacerbated by the pandemic. Serious reforms are urgently needed, herein many such are proposed and discussed.

The NHS has become a very unpleasant employer.

Since its foundation it has survived on goodwill and commitment from the front-line staff, but for the last 30 years that has been progressively eroded. Salaries for clinical staff have crashed in real terms, the pastoral care of the working environment has been blown away and morale is at rock bottom.

Despite this, pre-pandemic, the NHS was providing quality care at low cost, comparing well with other nations of similar social and economic background. We have fewer doctors than Romania, about the same as Poland. This is reflected with nurses and therapists.

Management of a health care delivery system is difficult, but in the NHS the same mistakes are endlessly repeated. The response of many doctors is to take early retirement, nurses and therapists seek work in the private sector, which is an even more depressing environment, contrasting poorly with the NHS at its best.

The problems of the NHS are reviewed by considering the various groups who work for, or interact with, it. Many activities emerge which are stupid, counter-productive, venal, even dangerous. These problems pre-existed the pandemic but have been massively exacerbated by it. Serious reforms were needed, now they are urgent.

This book is about those reforms and how they might work. Politicians cannot to see beyond pouring money into the black hole, but that will achieve nothing without structural change.

Eden, the NHS, a vital part of our culture, will burn.