The People We Know 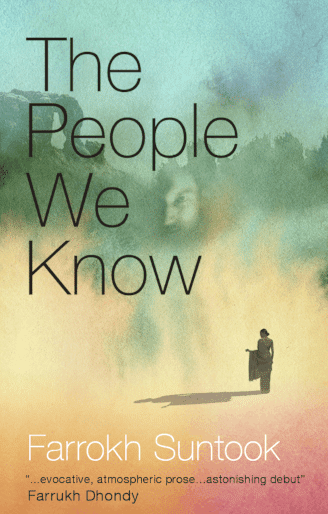 How do you cope with the realisation that you never really knew the person you loved the most?

This is the question driving a story set in India and Britain about a woman who struggles to keep secret a shocking discovery about the husband she had adored.Set in London, Bombay and Mahabaleshwar, a hill station near Bombay, The People We Know is a story about a Sikh woman, Sheela Marker, who has been harbouring a secret about something shocking she discovered a year ago about Cyrus, the Parsi husband she had worshipped as “the most flawless human being on earth”.  The secret weighs so heavily on her that she attempts to kills herself by jumping off a cliff in Mahabaleshwar, but her attempt is thwarted by Clarissa and Max Alexander, an English couple who have been touring India. The narrative focuses on Sheela’s journey, from her desperate struggle to keep her secret to the pivotal moment when she finally finds the courage to reveal the truth about Cyrus. As the story unfolds, we see a friendship developing between Sheela and the English couple, a friendship that grows into a bond so close that it changes the course of Sheela’s life.
The novel also addresses, quite possibly for the first time in fiction, a rare aspect of human behaviour that lies at the heart of the mystery surrounding Cyrus. This is why for most readers the revelation at the end of the story is likely to come as a total surprise.
Woven through the plot with its central mystery is the theme of intolerance of those who don’t belong: Sheela’s torment about what happened to her husband arises from the feeling that she never really knew him, a feeling that in turn reflects society’s prejudice against “outsiders” who cross behavioural boundaries.
For readers interested in India and the ripple effect of its colonial legacy, The People We Know also says a lot, although never too overtly, about westernised Indians who are neither fully “western” nor fully “Indian” but who represent a small, privileged subset of Indian society who are very comfortable in their own skins – contrary to the expectations set by most contemporary narratives about the dislocation and alienation felt by inheritors of a colonial past. The main Indian protagonists in this book might be called Green Indians: just as the colour green, though an amalgam of blue and yellow, maintains its unique identity, so these “hybrid” Indians represent a distinctive culture and identity, amalgamating east and west, of which they might even feel proud.
READ MORE