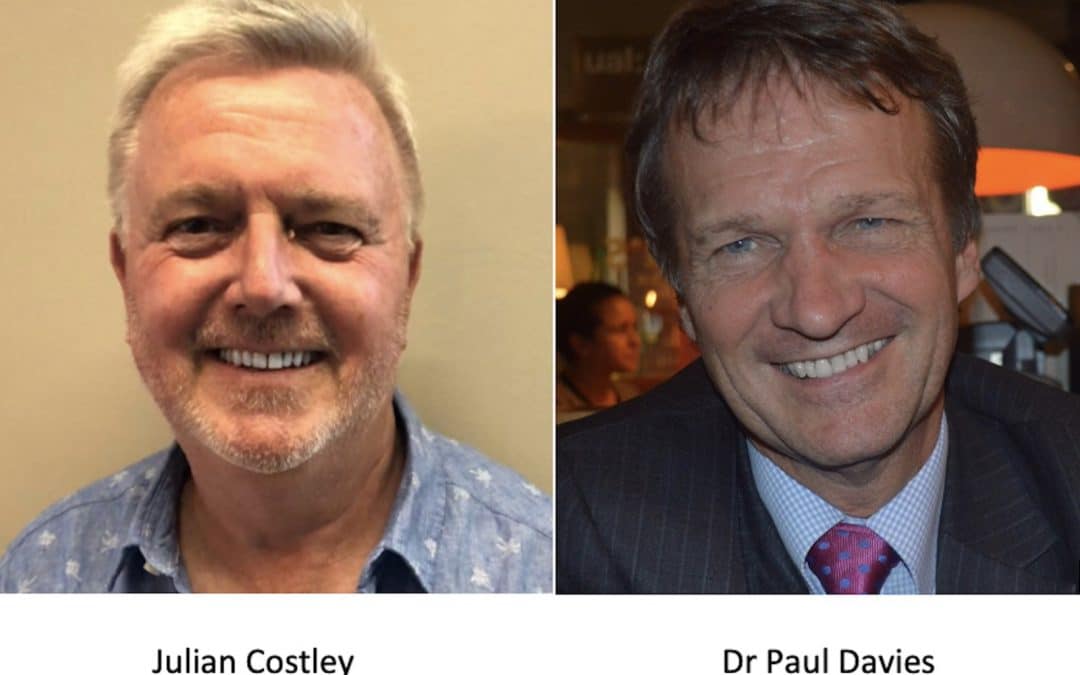 Julian Costley takes up the role of CEO, and Dr Paul Davies becomes chairman, continuing to play an active role in author relations and new book commissioning. He remains on the board and has retained a minority shareholding.

Bite-Sized Books, now in its 7th year, has built a well-regarded reputation for publishing shorter (10-12,000 words) books that fit our modern reading habits and lifestyles. People are demanding condensed but still comprehensive books that go to the essence of their subject matter. The genre has inspired new authors previously daunted by the prospect of writing full-size typescripts and facilitated a radically shorter journey from ‘concept to bookshop’.

Bite-Sized Books, whilst smaller than its big industry rivals, has an enviable roster of authors and contributors. They include politicians such as Vince Cable, Sir John Redwood, Lord Heseltine and Ed Vaisey, and high-profile media leaders, broadcasters and journalists such as Mark Thompson, Clive Myrie, John Mair, David Elstein and Jon Snow. Academics and economists are also in the mix with publications by Vicki Pryce, Patrick Minford, Dr David Bailey, Victor Hill, Alex de Ruyter and Professor Graham Gudgin.

CEO, Julian Costley said, “The asset value of Paul’s Bite-Size Books catalogue and the trusted relationship he has engendered with such an impressive list of authors is the near-perfect platform on which to build a sizeable media company. From today we’re open to new authors, new readers, and new partnerships.”

Chairman Dr Davies said, “Book sales in the UK have grown over 8%* in 2020, fuelled partly, of course, by the pandemic. But there’s definitely a sustainably attractive market for books and derivative media such as audiobooks, podcasts, and video. Webinars are back in fashion too, and a consumer willingness to pay for attending off-line events.” He added, “Julian is the perfect addition to Bite-Sized books as he comes with an incredible track record of brand development and fast growth in the content markets.”

Julian Costley, is a former senior executive at Thompson Reuters. He returned from assignment abroad to run the television production JV owned by Granada, The Cable Corporation, HTV, and Swedtel. From there he created a business TV channel which launched on BSB (latterly BSkyB, then Sky) before moving to run a new satellite television JV, Globecast, owned by France Telecom and Maxwell Communications. A chance meeting with venture capitalist, Hermann Hauser, resulted in them co-founding E*TRADE UK, the UK’s first all-internet stockbroking company, which they sold at the height of the dotcom boom in 2000. Since then Julian has angel-invested privately in over 25 companies and served on multiple boards as chairman or NED.

Dr Davies is an accomplished international business executive and author.

His PhD focused on the novels of George Eliot and in 2019 he edited, published and wrote a Bite-Sized Book, Still Crazy about George Eliot after 200 Years, marking the 2019 bicentenary of her birth. For this he brought together a wide range of academics, playwrights and reviewers addressing various aspects of her life and novels, including a comparison of her life with Phoebe Waller-Bridge.

He has held a number of senior positions in the IT industry which have taken him from the Netherlands to India where he was Managing Director of Unisys, and onwards to Singapore and Hong Kong, taking in The Gulf and Southern Africa on the way!